There is nowhere in Vietnam that you can fully feel the creepy and sorrow atmosphere than in Hoa Lo prison, Hanoi. Displaying a collection of famous artifacts, killing tools and forms of torture in the French colonial time, Hoa Lo prison is the best representation of those inhumane crimes in history. It also honors the will of the fallen Vietnamese patriots. 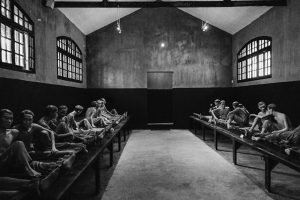 Hoa Lo prison or “Maison Centrale” in french name was constructed in 1896 by the French colonists as a central prison for both the Central and the Northern part of Vietnam. The purpose is to capture and torture those against the French colonial government such as Vietnamese patriots, revolutionaries, and political prisoners. Many famous Vietnamese revolutionary leaders and even five General Secretaries of the Communist Party were detained here namely Do Muoi, Le Duan, Nguyen Van Cu, etc.
Regardless of the brutal condition, the Vietnamese soldiers still keep their will and turn the chamber into school to popularize and propagandize revolutionary doctrines and activities. 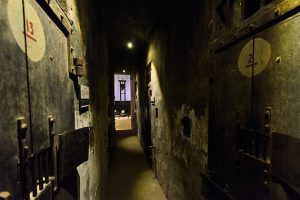 After the liberation of Northern Vietnam in 1954, Hoa Lo prison was temporally managed by the government to imprison those who violate the law.

During the Dien Bien Phu in the air campaign, it was to capture hundreds of American pilots and prisons of war included Douglas Peter Peterson who later known as the first US Ambassador in Vietnam and the US Senator John McCain. Those American prisoners ironically gave Hoa Lo prison the nickname “Hanoi Hilton” though everyone knows it is not like a hotel at all. Hoa Lo prison was still active after 1973 then the government decided to relocate the detention area of the prison to the outskirts of Hanoi.

The most famous and cruel one is Medieval guillotine. The guillotine was designed from 2 to 4 m high by wooden columns. There are 3 parts of the machine which are a wooden surface, a cutting steel frame and a big, and sharp blade. On execution, after the headman drags the rope connecting with the blade like a pulley, the blade drops down and the prisoner’s head is chopped down immediately. The guillotine made Hoa Lo prison 1 of the 10 most notorious prisons in the world. The scariest place of Hoa Lo prison – the cachot is applied for those who violate the prison disciplines. They were isolated and fettered all the time while eating, sleeping and urinating in the same place. Those detainees are given foods with mold and even maggots in there. Many of them died of infection, insanitation along with lack of light and oxygen. The shackle is to keep the prisoners immovable, they are fettered to the floor most of the time and beaten by the guards. The leg shackle consists of 2 main components: the iron upper part and the wooden lower one. 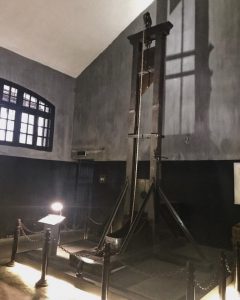 Nowadays, a part of the prison remains as a historical relic to memorize the heroic Vietnamese soldiers.
Furthermore, because the prison is located in the center of Hanoi so from here you can explore more tourist-attractions nearby namely Temple of Literature, Hoan Kiem Lake, Old Quarter and One-Pillar Pagoda. 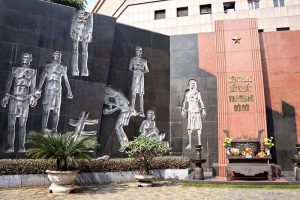 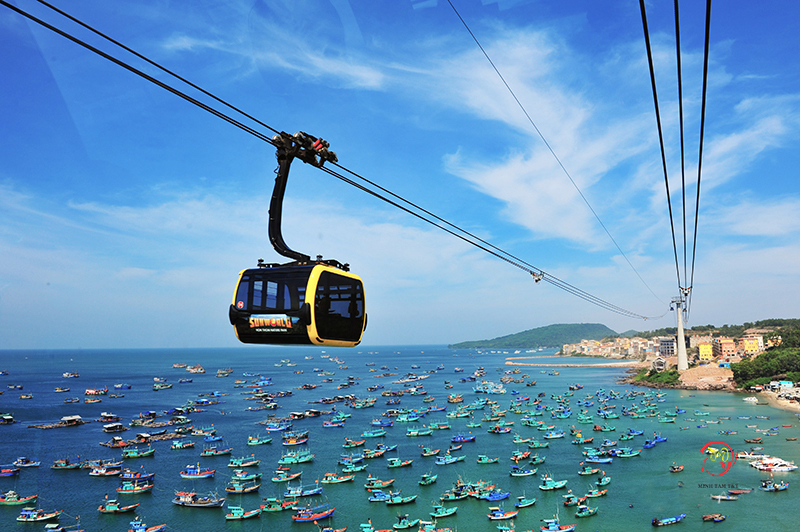 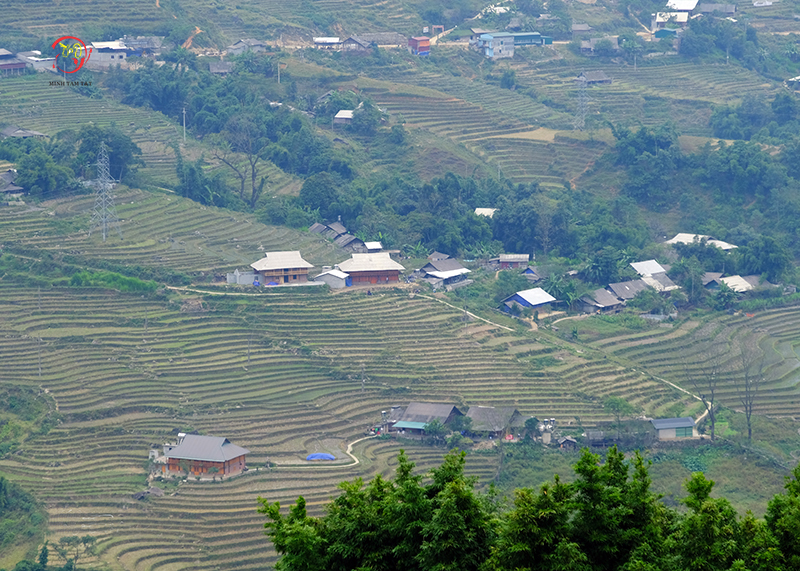 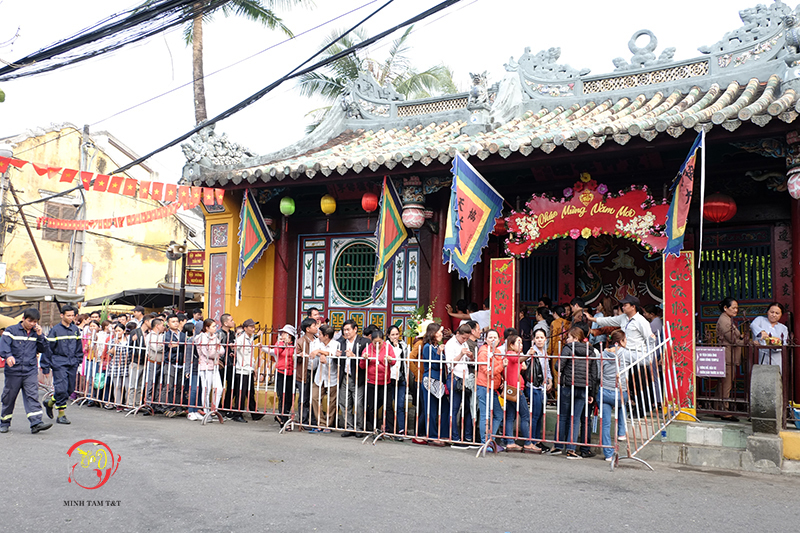